How Acupuncture Can Be Effective in Treating Hashimoto’s Thyroiditis 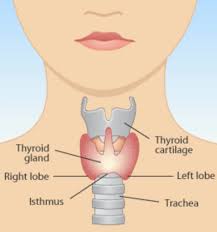 Hashimoto thyroiditis is the most common thyroid disease and cause of hypothyroidism in the United States.  It is estimated that this disease affects over 14 million Americans and is about seven times more common in women than in men.  Generally, hypothyroidism is diagnosed first and then a positive serum antibody test can confirm Hashimoto’s.  Large numbers of white blood cells called lymphocytes, which are part of the immune system, build up in the thyroid. Lymphocytes make the TPO (thyroid peroxidase) antibodies that start the autoimmune process.  The antibodies directed against the thyroid gland lead to chronic inflammation and over time this results in impaired ability of the thyroid gland to produce thyroid hormones.  There is a gradual decline in function and eventually an underactive thyroid (hypothyroidism) results.

Many people with Hashimoto’s disease have no symptoms at first. As the disease slowly progresses, the thyroid usually gets larger and may cause the front of the neck to look swollen. The enlarged thyroid, called a goiter, may create a feeling of fullness in your throat, though it is usually not painful. After many years, or even decades, damage to the thyroid causes it to shrink and the goiter to disappear.

The Western medical system can test for Hashimoto’s based on laboratory testing of the thyroid function, including T4, T3 and TSH and the presence of antibodies.  However, many doctors don’t test for it since a diagnosis doesn’t change the standard treatment of care which is to prescribe synthetic thyroid hormone.  If the thyroid is not or is only slightly enlarged and there is no sign of thyroid deficiency, treatment may then only consist of monitoring and observation.  As the disease progresses and other symptoms develop, patients are prescribed more medications to combat such symptoms or recommended to remove the gland all together.

As hypothyroidism progresses, one or more of the following symptoms can develop:

Since most cases of Hashimoto’s can be explained as a low grade but consistent attack of the immune system on the thyroid gland, simply treating the thyroid gland does nothing to regulate the true culprit, the immune system.  Many suffering from this condition are on a synthetic thyroid hormone (Levoxyl, Synthroid, and others), but yet their symptoms continue to worsen.  Back at the doctor’s office for more testing, the TSH levels seem to be regulated thanks to the exogenous thyroid hormone but the patient still feels horrible.  This situation leaves Western doctors at a loss, the patient unhappy and the immune system unregulated.

From the perspective of Chinese medical theory, the underlying potential of developing Hashimoto’s falls to the function of the spleen.  Women are ruled by the concept of blood, which is either lost or consumed via menstruation, gestation and/or lactation.  The spleen system creates and transforms the blood so through the natural functioning and aging of the body, by the mid-30s the spleen can become deficient and weak.  This may be an insight as to why this condition effects more women than men.  Other habits that can weaken the spleen system include over-eating sugars and sweets, consuming too many chilled or uncooked foods, too much thinking, worry or anxiety, chronic fatigue, too little exercise or excessive use of antibiotics.

In addition to creating and transforming blood, the spleen also creates and transform qi, a circulating life force.  If the spleen is deficient, then the qi will also become deficient resulting in fatigue.   Unresolved spleen qi deficiency with the continuation of bad habits can further lead to spleen yang deficiency resulting in an aversion to cold.

When the spleen is deficient, dampness is generally a result.  When dampness accumulates and congeals into phlegm, a goiter can form and one can experience unexplained weight gain.

To add complexity, we must also consider the emotional component to the scenario.  Having chronic health symptoms (or simply going through life) can be very frustrating or anxiety producing, which causes liver qi stagnation in the body.  The liver’s job is to move and circulate the energy of the body and when we are stressed or under emotional strain, the body is tense and ultimately the liver can’t do its job.  When the liver becomes stagnant, it will eventually invade the spleen and weaken it even further.  When the liver qi predominates there is constipation with dry and pebble like stools, abdominal distension and pain.  When the spleen qi deficiency predominates, there is diarrhea or loose stools and only slight abdominal pain.

Hopefully most of that quick Chinese medical theory lesson made sense.

Now let’s talk about the immune system.  As I mentioned above, the spleen plays a central role in the production of blood and qi but it is also responsible for how we utilize vital nutrients to build a healthy immune system.  If the spleen is deficient and dampness accumulates, there can be obstruction throughout the lymphatic system impeding the lymph fluid from transporting toxins out of the body.  When there is not enough qi and blood circulating to the organs for nourishment, the organ become 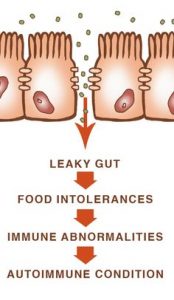 weak and susceptible to pathogens and disease.  If the spleen is deficient and a person has an improper diet, the nutrients are not transforming and create a burden for the gut.  About 70-80% of your immunity it based on your gut health!  When your gut is unhealthy, your immunity will be low.  And let’s not forget that most people suffering from an autoimmune condition also have a leaky gut.  It’s a vicious cycle but one that can be stopped.

When treating Hashimoto’s with Chinese medicine, my main focus is to regulate the immune system and tonify the spleen.  Listed below are the 4 steps recommended for treatment.

Step 3: Discover any outside invaders

chronic virus, environmental chemicals, heavy metals, or parasite). For those with Hashimoto’s,

gluten is ALWAYS an antigen and has to be removed completely.  (More on gluten below)

i.e. Researchers have found the prevalence of antibodies to Yersinia enterocolitica,

wihich indicates evidence of exposure to the bacterium, is 14 times higher in people

Remove gluten through an elimination diet and possibly dairy to test reactions to the foods.  Support other systems, organs, and functions of the body that are out of balance. Manage blood sugar, improve digestive function, repair the leaky gut and monitor adrenal health.

Gluten is a protein naturally found in some grains and acts like a binder, holding food together and adding a “stretchy” quality.  Gluten is most often associated with wheat and wheat-containing foods that are abundant in our food supply and diets.  In a situation where the immune system is constantly engaged, the inevitable malfunctioning of the immune system can recognize frequently eaten foods as a dangerous invader.  In numerous studies a strong connection has been made between gluten sensitivity and Hashimoto’s. 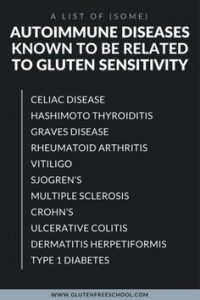 symptoms similar to those with celiac disease yet lack the same antibodies and intestinal damage as seen in celiac disease.  Symptoms include bloating, diarrhea/constipation, headaches, abdominal pain, fatigue, skin problems, depression, anxiety, weight loss, anemia, brain fog, joint or muscle pain, and leg or arm numbness.  When gluten is eaten, over time it weakens the intestinal tract which increases permeability.

Clinically speaking, I have seen the removal of gluten from the diet of those suffering from Hashimoto’s or hypothyroidism be a major game changer.  I have seen a gluten free diet stabilize TSH levels, reduce TPO antibodies, reduce the amount of medication needed, reduce or eliminate accompanying symptoms (such as headaches, bloating, joint and muscle pain, etc) and improve the quality of life.  With so many gluten free options in the stores these days, this is generally an easy transition to make.  Once the benefits of giving up gluten is realized, maintaining a gluten free diet is easy.

Oriental medicine can effectively impact the health of someone suffering from Hashimoto’s or other thyroid conditions.  Consider acupuncture as the next treatment strategy!