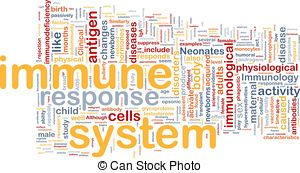 The first thing to understand about autoimmune diseases is that it is a disease of the immune system.  An unknown trigger can cause over activity of the immune system, where the body attacks and damages its own tissues.  Production of antibodies that are misdirected from fighting infections to attacking the body’s own tissues are created.  The exact mechanisms that can cause these changes are not completely understood but possible triggers include toxins, drugs, viruses or bacteria.  Having a genetic predisposition toward an autoimmune disease puts one at greater risk for developing a disorder throughout their lifetime, with more than 75% of those coping with such diseases women.  In order to prevent, treat or reverse autoimmune disease and its symptoms, the immune system must get back under control.

There are around 80-100 diseases in this category including: rheumatoid arthritis, lupus, inflammatory bowel disease (IBD), multiple sclerosis (MS), type 1 Diabetes mellitus, Hashimoto’s thyroiditis, celiac disease,  Crohn’s disease,  psoriasis, and Graves’ disease.  These represent the most stubborn type of illness and often make a person susceptible to developing more than one autoimmune disorder.

The Western medical perception in treatment of autoimmune disorders recognize the condition based on the particular organ effected.  For example, Hashimoto’s thyroiditis is considered a condition of the thyroid gland and thus the organ itself is treated by an endocrinologist.  If you suffer from multiple autoimmune conditions as many people do, you will end up seeing different specialists relating to each system or organ affected.  Treatment includes taking corticosteroids and/or immunosuppressant drugs which mostly manage the symptoms present.  While these drugs can be effective at reducing symptoms, they often have unfavorable side effects and are not considered safe for long term use.  Immunosuppressant drugs suppress the entire immune system and can lead to a higher occurrence of infection and have also been linked to the development of lymphoma.

According to Oriental medicine, autoimmune disorders occur when there is an imbalance within the body.  Because of their chronic nature, these disorders are understood to be based on an underlying deficiency syndrome.  In this deficiency, the immune system is slowly weakened, allowing the pathology to manifest and the disease to progress, transform, and worsen.  Initially symptoms are minor and seem unrelated to one another, making them easily dismissed.  When genetic factors are  involved,  the disease is often associated with the Chinese concept of ‘essence’ deficiency (specifically a kidney deficiency and correlated to what we receive from our parents at time of conception).   Disorders that develop and progress with aging are attributed to deficiencies of the kidney and liver and can also involve an essence deficiency. 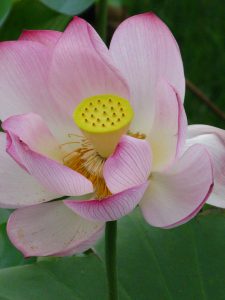 So how does one suffering from an immune disorder find relief?  Treatment through Oriental medicine is directed at tonification, or supporting the underlying deficiencies.  First and foremost, the immune system must be addressed and treated.  When the disease is in a flare-up, the symptoms, such as inflammation or pain, are considered to be of excess nature and are treated primarily while the constitution is secondary.  Since deficiency lies at the root of autoimmune diseases, the best time to seek treatment is during a remission phase.  This is when the root cause of the disease can be attended to,instead of focusing on symptomatic relief.

Acupuncture works by addressing the body holistically, or as a whole.  Specific acupuncture points are chosen on the body, addressing any blockages, deficiencies or excess patterns.    Research has shown acupuncture can affect the release of hormones, proteins and chemicals in the body, which can affect blood pressure and the immune system.  Acupuncture has also been shown to lower stress and anxiety and boost overall mood which are often secondary symptoms of a chronic disease.

Other aspects discussed in treatment focus on lifestyle changes.  In a ‘which came first, the chicken or the egg’ battle, almost everyone suffering from an autoimmune disease also suffer from a leaky gut whether they know it or not.  Your gut houses 70-80% of the cells that make up your immune system, so what happens to one will ultimately affect the other.  Healing the gut is essential to healing the body and this is done through the 4R approach.  Inflammation is another factor that needs to be managed, often caused from an improper diet, stress, repeated injuries, infections or an overactive immune system.  Managing the diet (often eliminating gluten, grains and food sensitivities/allergies), finding ways to reduce stress, finding and treating infections or toxicity are all discussed.   Depending on the specific autoimmune disease being treated, supplements can be recommended that will support the immune system and boost the body.

The goal of treatment is to get to the root of the problem, strengthen and not suppress the immune system, tonify any deficiencies and reverse the effects of the disease.

Come get “stuck” to get “unstuck.”

In upcoming blogs, I will discuss common autoimmune disorders and the Chinese approach to treating them, so stay tuned.